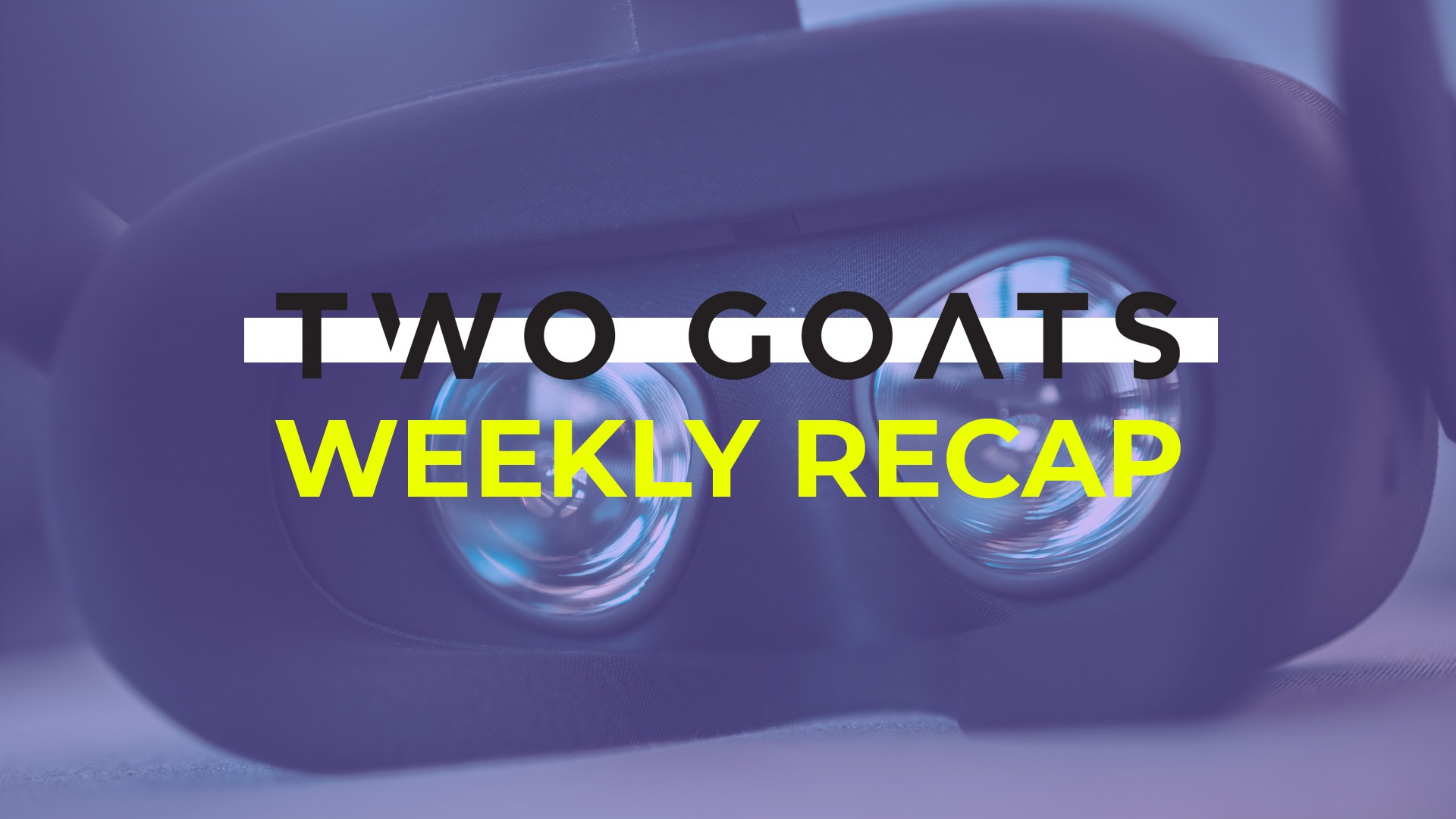 Welcome back! This week, we’re covering the entertainment industry’s surge of XR promotional materials and companion pieces. We also continue to track the AR boom via WeChat mini-programs and Snapchat Lenses.

WeChat is China’s catch-all super application for messaging, social media, and mobile payments. The Tencent-owned product is the “app for everything” — and now it’s an app for augmented reality. The announcement follows Google’s similar testing of AR filters for its Android platform. WeChat includes hundreds of thousands of mini-programs, which have the power of standalone applications but live in the WeChat ecosystem. The first AR-enabled mini-program is a cosmetics try-on by Armani. Giorgio Armani is a L’Oréal brand, so this experience is powered by the same ModiFace technology behind Amazon’s L’Oréal integration. Virtual beauty products continue to drive AR to consumers at scale. China-sized scale.

Shipment of AR glasses is expected to reach 22.8 million by 2020

Paranormal teen thriller “Light as a Feather” Season 2 launches on July 26 — in anticipation, Hulu collaborated with Viacom’s Awesomeness and the ViacomXR lab to assemble a one-of-a-kind MR activation on the Magic Leap One. The experience will debut at VidCon in Anaheim on July 10. The companies involved tell Variety the project is the “the first volumetric, extended-reality narrative experience based on a TV show or film produced for the platform.”

Enter the virtual world of the show, interact with 3D avatars of the characters, and collect digital objects to break the curse of “Light as a Feather.” In another MR activation, users will be virtually levitated by the 3D characters and offered videos/photos of their experience to be shared on socials. The experience is essentially an exclusive to VidCon as of now, as the Magic Leap One is still $2300. This is a huge stride for MR storytelling and a win for content-hungry Magic Leap as they hope to build a consumer market. 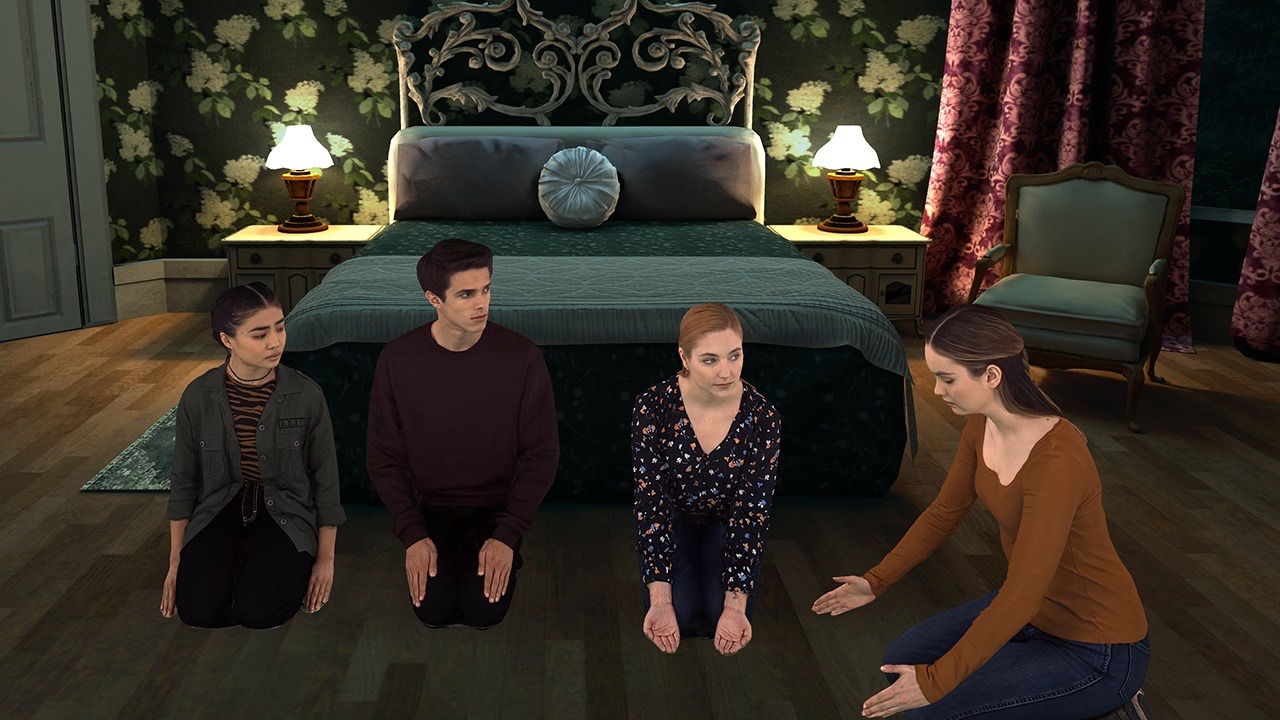 Another day, another Snapchat Landmarker Lens. Snap drapes the Statue of Liberty in the American flag for July 4. Available all summer.

John Koetsier, writing for Forbes, explains: “The five-minute fix is simple to understand: when you have five minutes to kill, what device do you grab? Right now, the smartphone is the default device. It’s easy, always at hand, and requires only your hands. Wake your phone, and a gaming or social experience spins up in less than 10 seconds. VR has never been like this.” Koetsier asserts that the un-tethered, standalone Quest is the first VR device to cross that hallowed threshold. The onboarding is easy, secure, and consistently works. For VR as a consumer-facing entertainment media, the five minute test is an all-important one. Quest is the first HMD to pass it. Meanwhile, Reality Rebels is creating apps that transform your home into a full-scale VR playspace for the Quest. 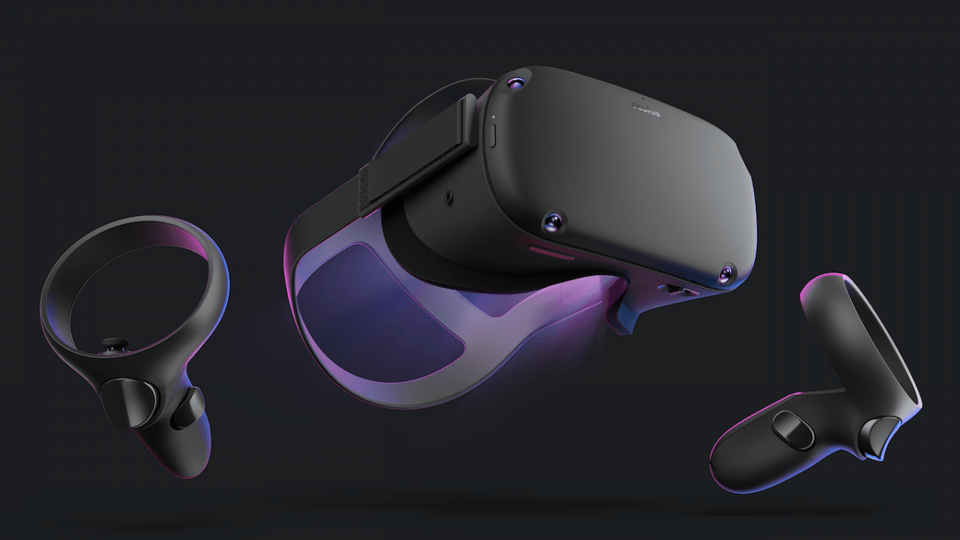 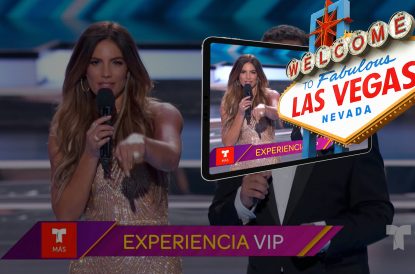 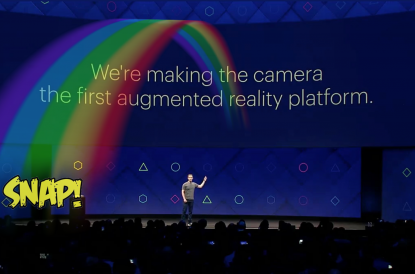 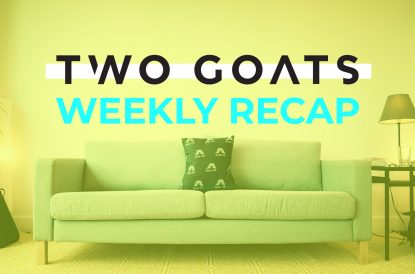 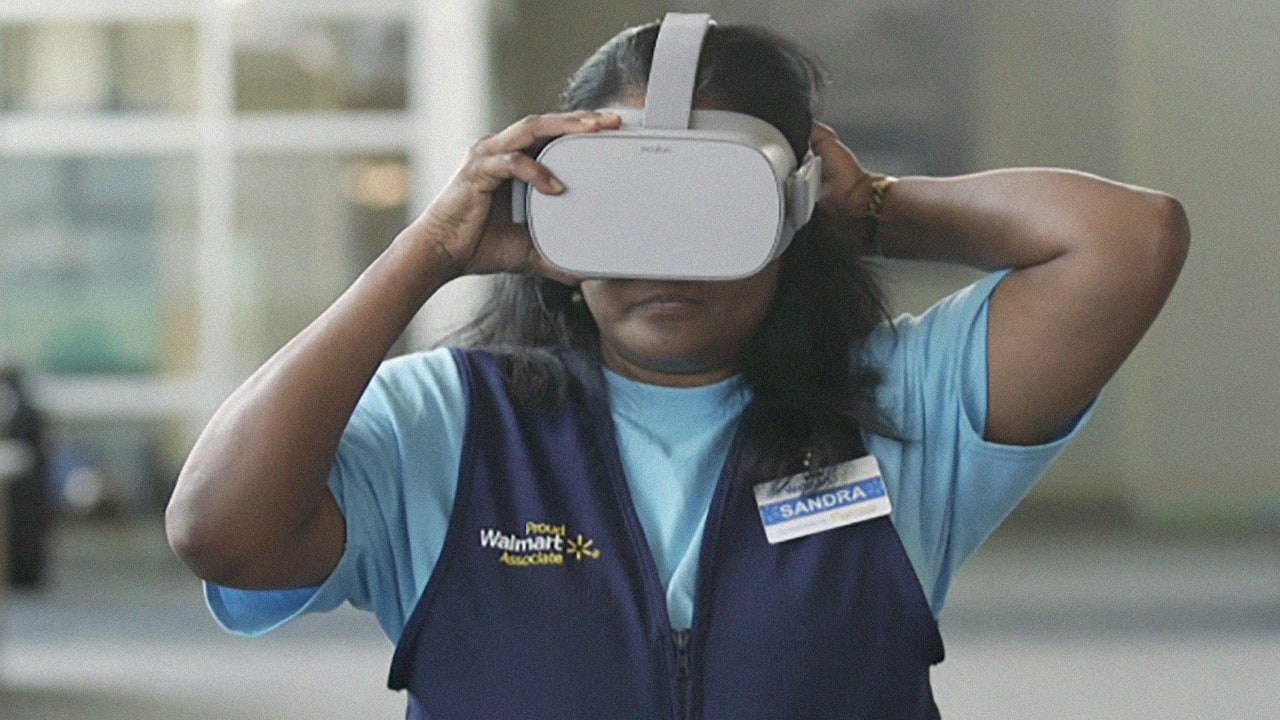 4,600 stores and over 1 million workers: Walmart is integrating virtual reality assessments across its corporate network. Over 10,000 employees have already undergone a VR test that challenges them to handle difficult situations and prioritize tasks. The larger plan is to cut back on the number of total managers and give high-achieving employees proper decisive power in the workplace. “For example,” writes Fast Company, “a 12-year veteran of a store in Pennsylvania got a promotion to team leader and a 10% raise after taking the VR assessment.” Strivr is the VR training company behind the new initiative.

Visit the third floor of the Sotheby’s showroom in Manhattan and meet the Cavendish family — in augmented reality. The new “Treasures from Chatsworth” show brings 3D portraits of Dukes and Duchesses to life, or transports users to panoramic views of the Chatsworth House grounds. The experience is the combined product of Broadway creative director David Korins and Technology, Humans and Taste (THAT). Plug in headphones and point the provided iPad at a huge swath of wallpaper (intended to mirror the estate) and out come volumetric portraits of the family members, with 3D birds flying between them and an audio story narrating the experience.

The experience is a fascinating convergence of traditional art and cutting edge technology. THAT co-founder Nathan Phillips told AdWeek that the exhibit answers “What if these walls could talk?” Phillips takes pride in the seamless integration of the AR tech: “The technology is completely invisible, and that’s really important to us.” 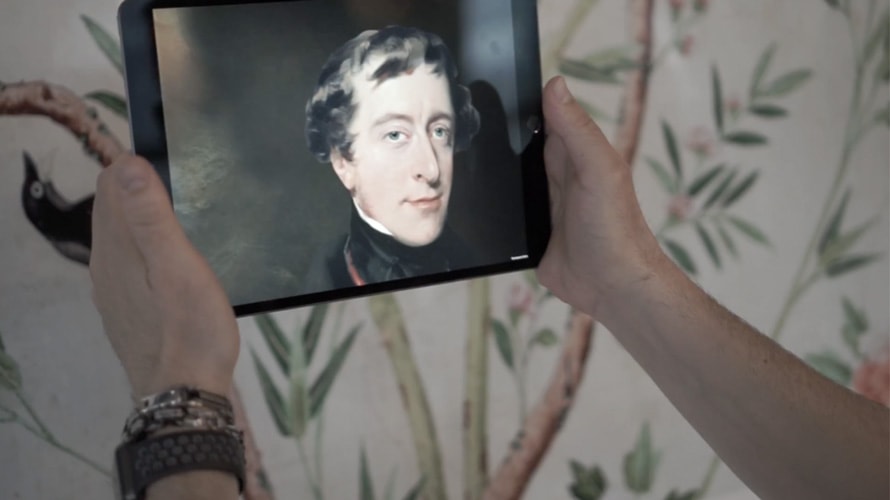 Skeptical that AR is catching on? New Geico commercial begs to differ. The Gecko and our Goats are not affiliated; retweets are not endorsements.

[Spoiler Alert] Iron Man may have fallen victim in Endgame, but you can resurrect him in VR

The immersive entertainment companion pieces keep on coming — next week, at Comic Con 2019, Marvel Games is featuring and hopefully releasing the Iron Man VR game exclusively for PlayStation VR, developed by Camouflaj. Initiate your Friday virtual assistant, wear the Iron Man helmet (headset), and fly through the skies with the PlayStation Move Controllers. Advanced flight simulation and a full story gameplay promise to carry on Tony Stark’s legacy far into the future. 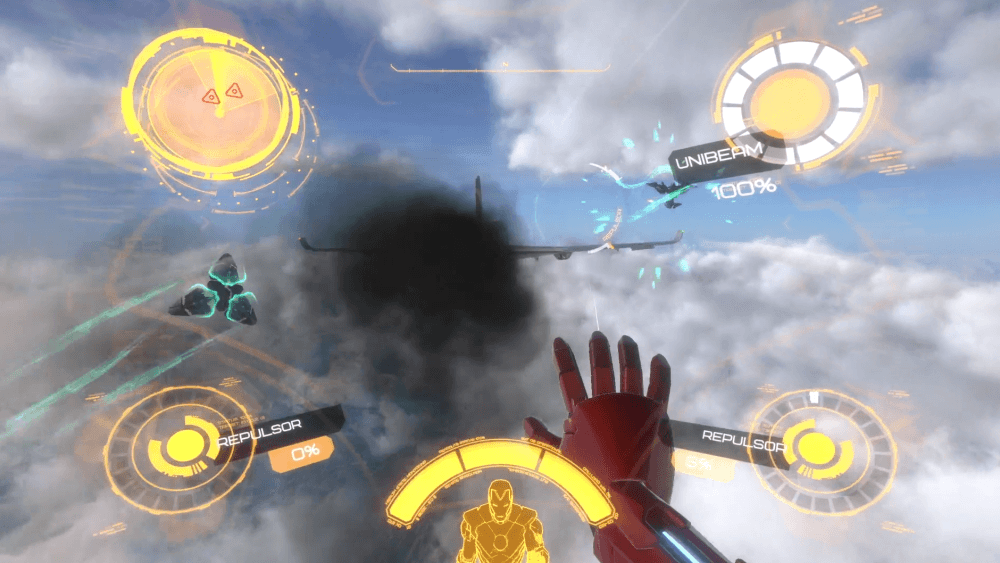 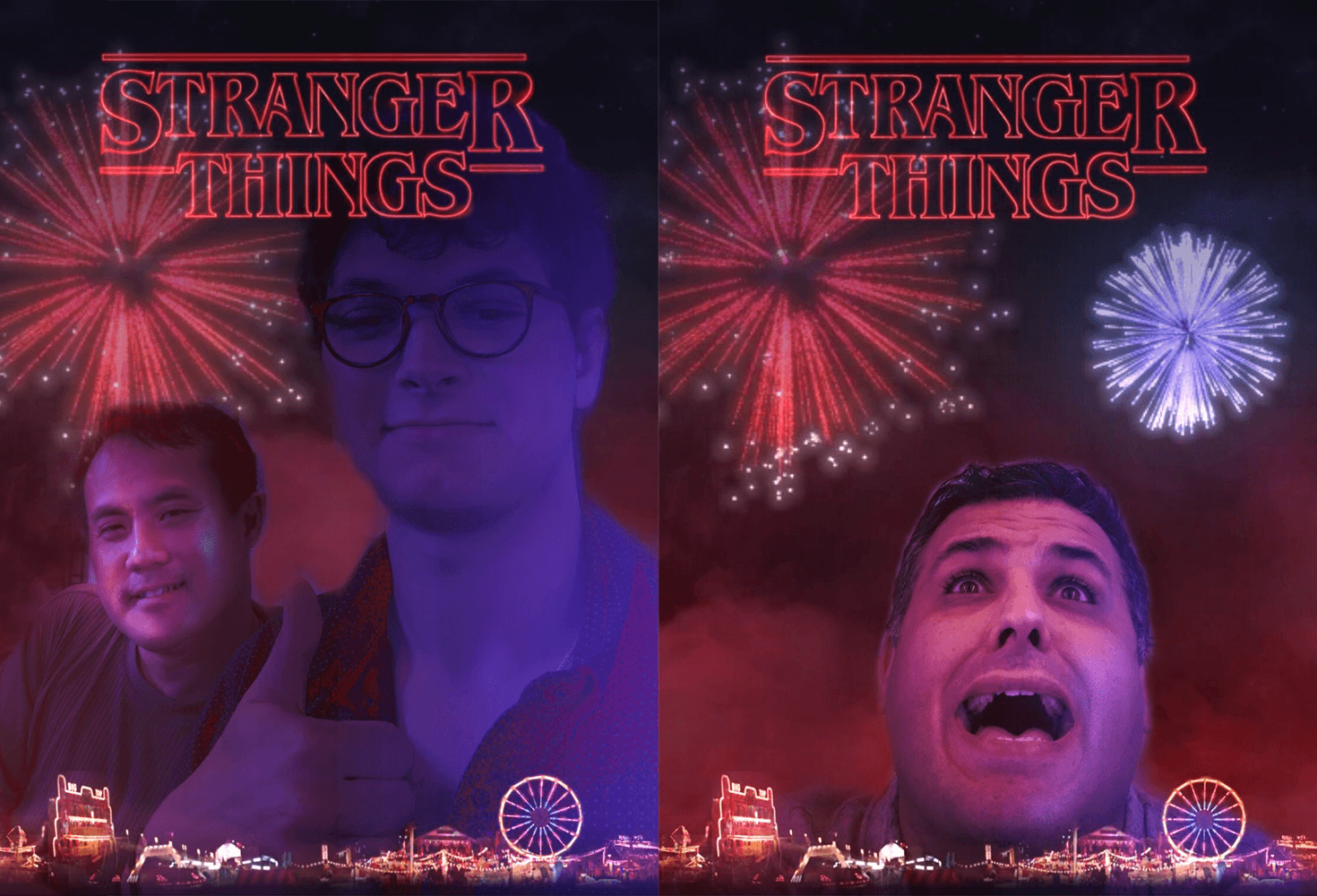 Goats test out new YouTube AR filter for Stranger Things Season 3. If you have the YouTube app, click on this link to open Netflix Asia’s AR-supplemented trailer. A first look at YouTube’s early development of AR capabilities.

“What Brands are Getting Wrong about Augmented Reality,” Mobile Marketer