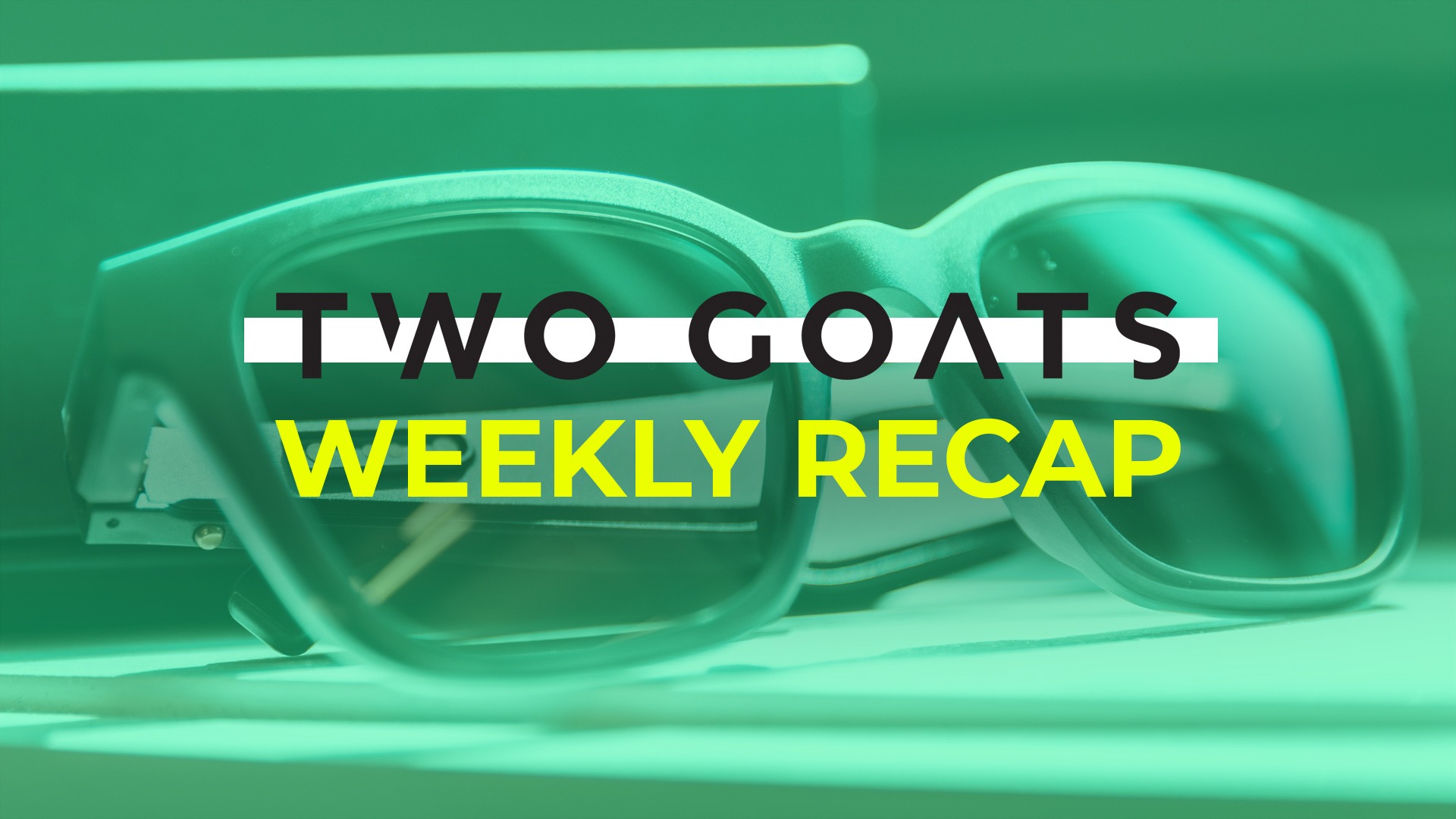 The main ingredient this week is big-name AR projects, with a pinch of VR education, a dash of headset entertainment, topped with stunning innovations in holograms.

AR experiences land from every company under the sun // REVIEW

To celebrate the anniversary of the moon landing on July 20, many major immersive players landed on the same concept: tell the story in augmented reality. Industry insiders are overwhelmed by the suite of AR experiences chronicling the mission and showcasing the newfound gorgeous imagery, but most of us likely only saw one of the following: New York Times, TIME Magazine, JFK Library, Microsoft HoloLens, Google Search, and USA Today, to name a few. Each of the experiences has their own intrinsic value and differentiated quality, but what made the Apollo 11 story so perfect for AR?

Brand stories that leverage these characteristics are perfectly suited for AR activations. What story will the industry converge upon next? 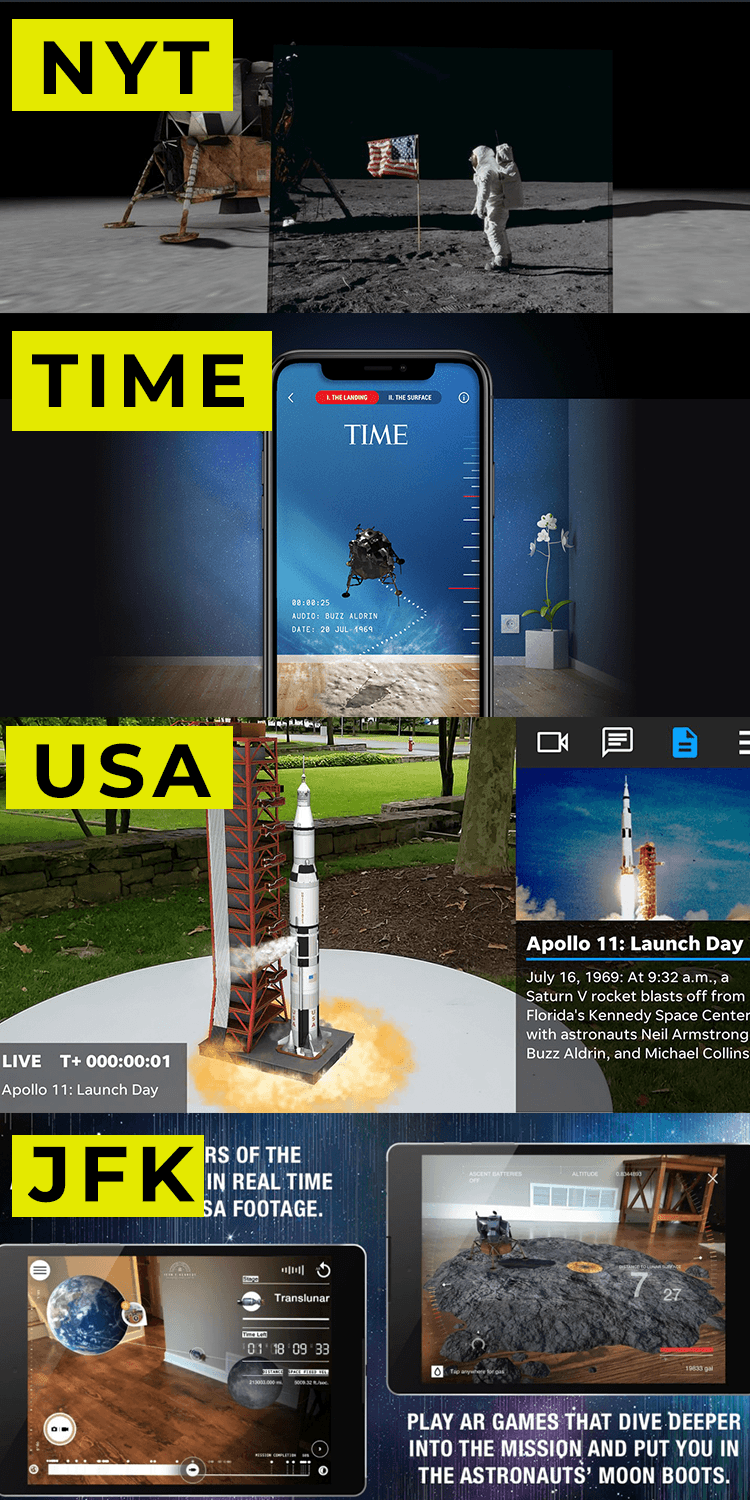 At Julia White’s keynote at Microsoft Inspire last week, she debuted a holographic clone of herself that translates her talk into Japanese. Recorded with a volumetric capture studio, and built with Azure AI and neural text-to-speech, the hologram flexes the massive capacity of the HoloLens 2. (The Verge)

Vader Immortal: A Star Wars VR Story and Wolves in the Walls are nominees at the 2019 Emmy Awards. The ILMxLAB and Fable Studio projects are up for the juried category “Outstanding Innovation in Interactive Media.” In past years, these juried awards were presented at the Creative Arts Awards ceremonies in early September, prior to the Primetime Emmys.

The Vader piece is innovative in its cinematic gameplay: in short, players are captured by Darth Vader. Endowed with The Force, players fight in lightsaber battles to escape Vader’s grasp — the narrative will continue to unfold across multiple episodes. Users are pivotal parts of the story, and the stakes are high for their interactivity: indeed, the cinema/game crossover “challenges the status quo.” Wolves in the Walls is a two-episode experience in which viewers take the perspective of protagonist Lucy’s imaginary friend. The disruptive interactivity in this project is the user’s directive to help Lucy find clues that there are wolves hiding in the walls of her family’s home. The Emmys are celebrating the unique agency in these experiences: Vader and Wolves blur the lines between viewer and player. 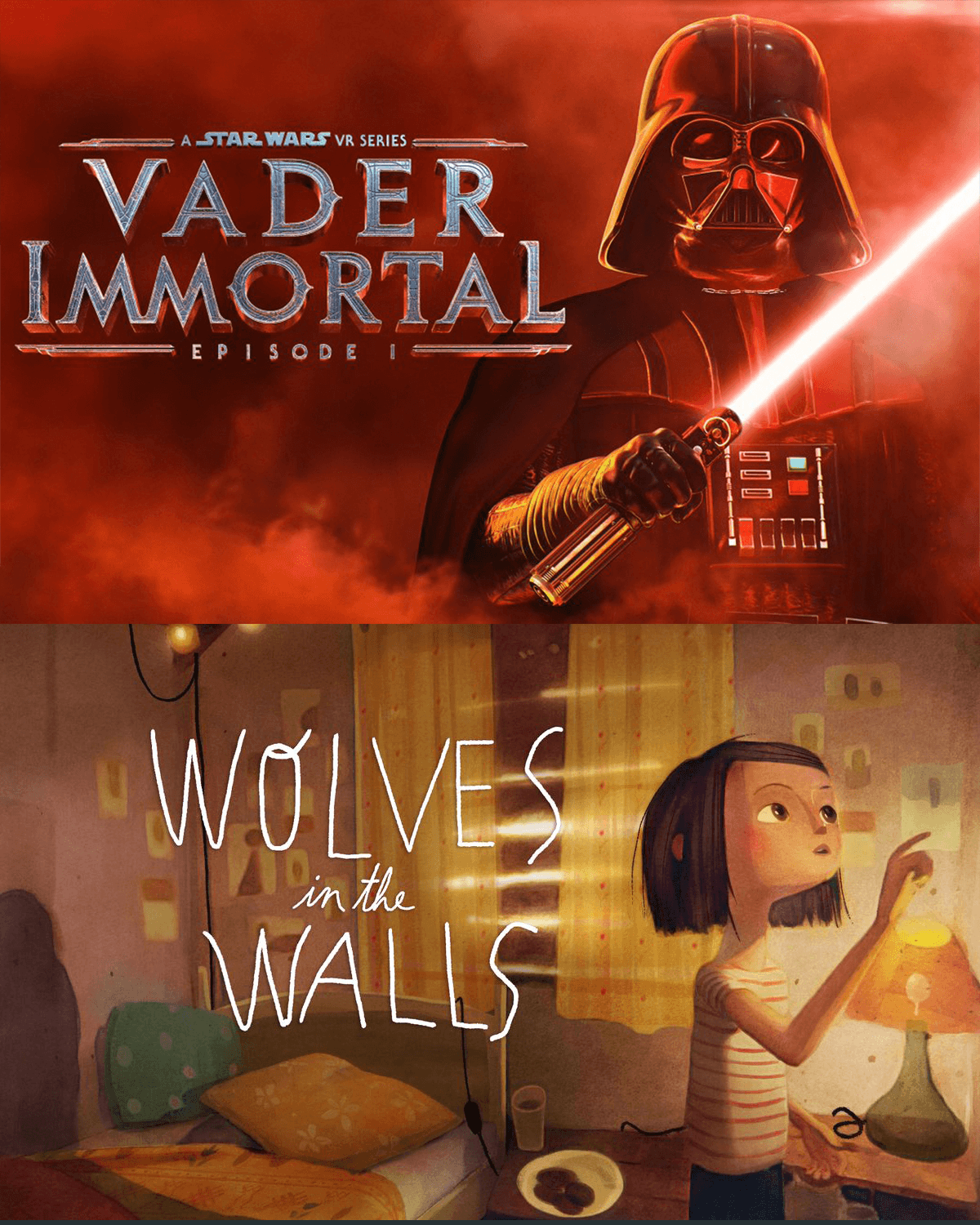 Google slips an interactive, virtual gallery in your pocket

Download the Google Arts & Culture app and tap to place their second “Pocket Gallery” into your office or home. An AR gallery space enlarges before you: the “Art of Color” exhibition showcases 33 famous artworks organized by color scheme. The virtual gallery is expansive, spanning multiple wings and likely requiring an empty room for full walking exploration. But double tap before paintings and teleport before a Van Gogh or Picasso work, then simply tap the canvas for more information on the history of the artwork. The paintings are represented in extremely high fidelity and the interactivity expands our conventional understanding of a museum placard. With the scale and quality of a roomscale VR experience, powered solely by Apple ARKit or Google ARCore, the experience is a fascinating re-imagination of gallery space. 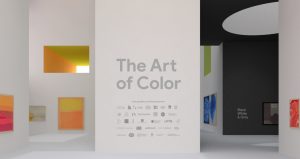 The Hidden Side is a new LEGO slate of eight building sets, including a haunted high school, a paranormal school bus, and a graveyard, all of which have augmented reality capabilities. Kids build out the small sets, download a companion app, and unlock mysteries and gameplay to bring the school or graveyard to life. Assume the perspective of one of the figures and discover ghosts around the virtual town. Tom Donaldson, SVP of Creative Play Lab at the Lego Group said, “We’re breaking the mould of gaming-first AR play experiences to create a new type of play where the physical world actually influences the AR layer, instead of the other way around.” Solve the mysteries haunting the town of Newbury before it’s too late: coming August 2019. 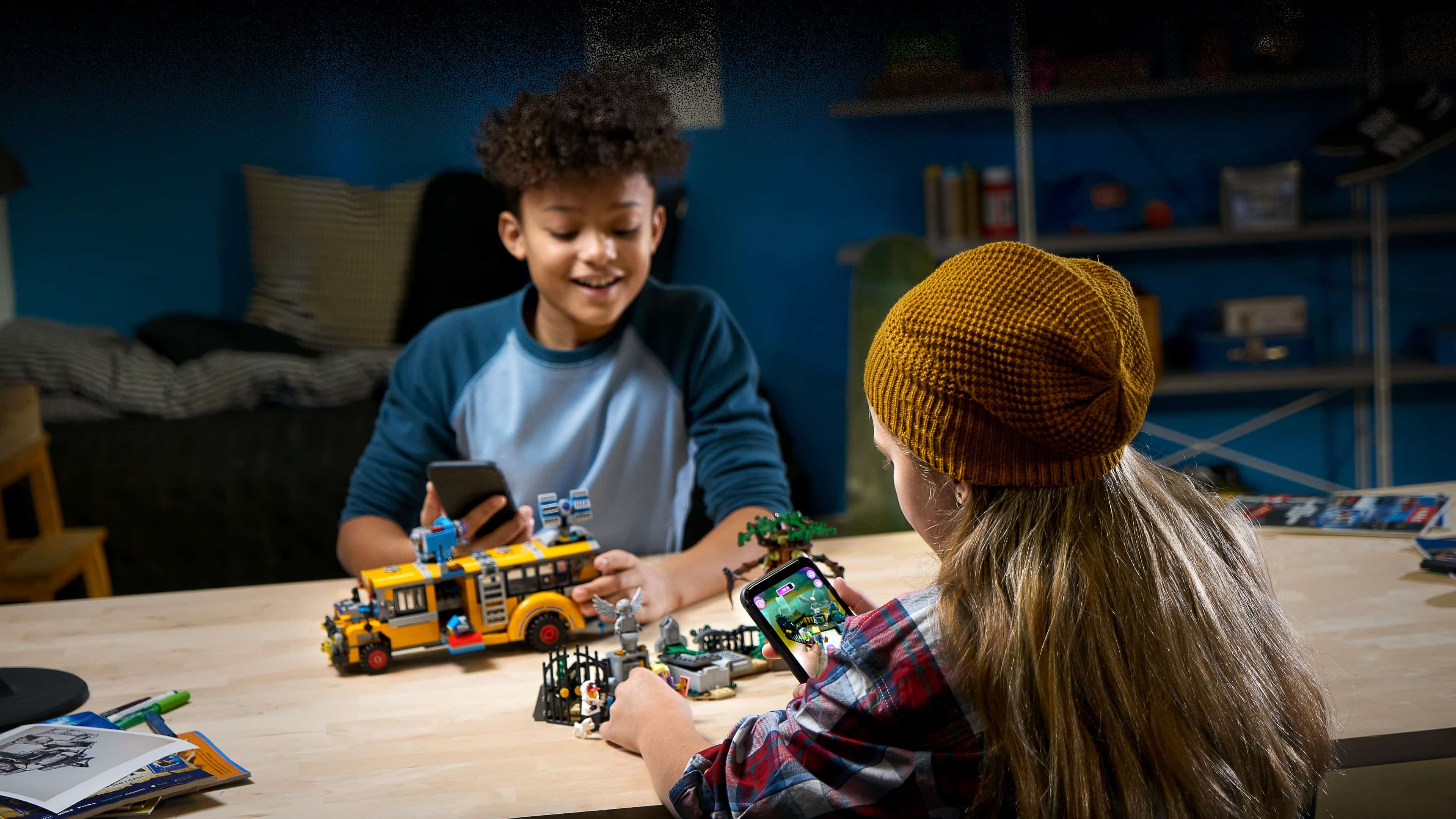 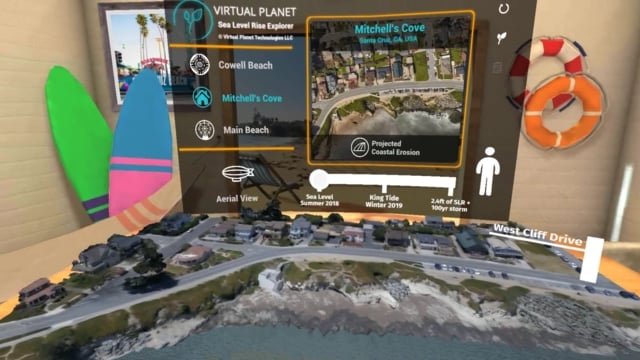 The City of Santa Cruz, California, and Dr. Juliano Calil (Virtual Planet) collaborated on a VR visualization for users to witness the stunning projection of 2.4 feet of sea level rise on the town’s coastline. The short experience is designed so that the City can spread awareness and facilitate active planning for the imminent threat of climate change: it will be deployed at community outreach events and eventually turned into a mobile app. The interactive “Sea Level Rise Explorer” visualizes many data points: sea level rise, wave energy, storm damage, property values, but also population, mortality rates, and social vulnerability. Using advanced drone photogrammetry, it is a striking case study of virtual reality’s potential to create a visceral understanding of an unfortunate reality. 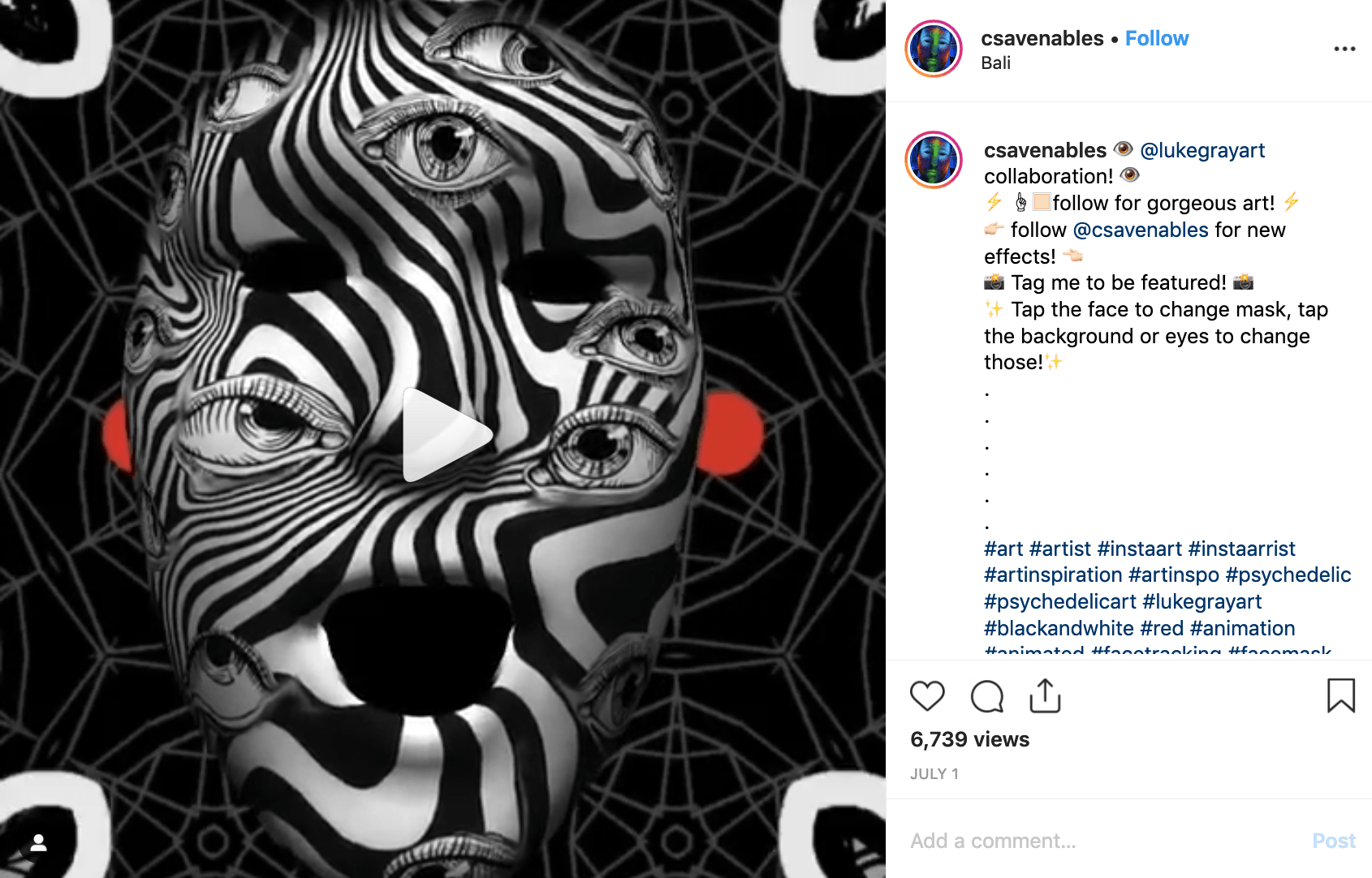 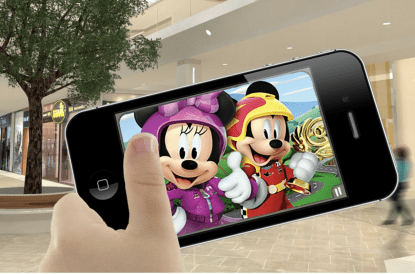 The carmaker and startup Holoride collaborated on a VR experience linked to the motion of the car — as the cars turn, the visuals in the virtual experience match, preventing motion sickness and allowing for intense immersion. Car sensors feed movement data into the headset in real time. Holoride has opened their technology to automakers to consider and demo. They hope to deploy VR experiences that correlate with navigation data to precisely time the game to the duration of the ride. VR finds another specified utility with in-car entertainment and gaming. 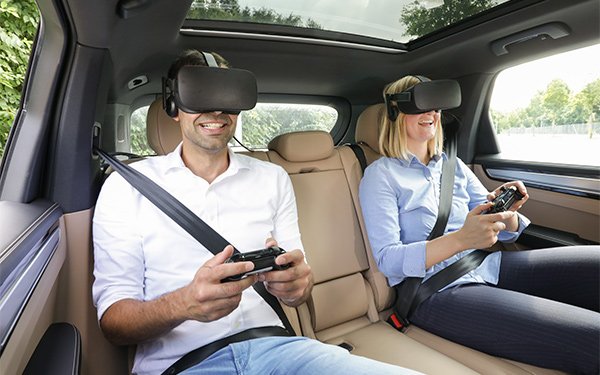