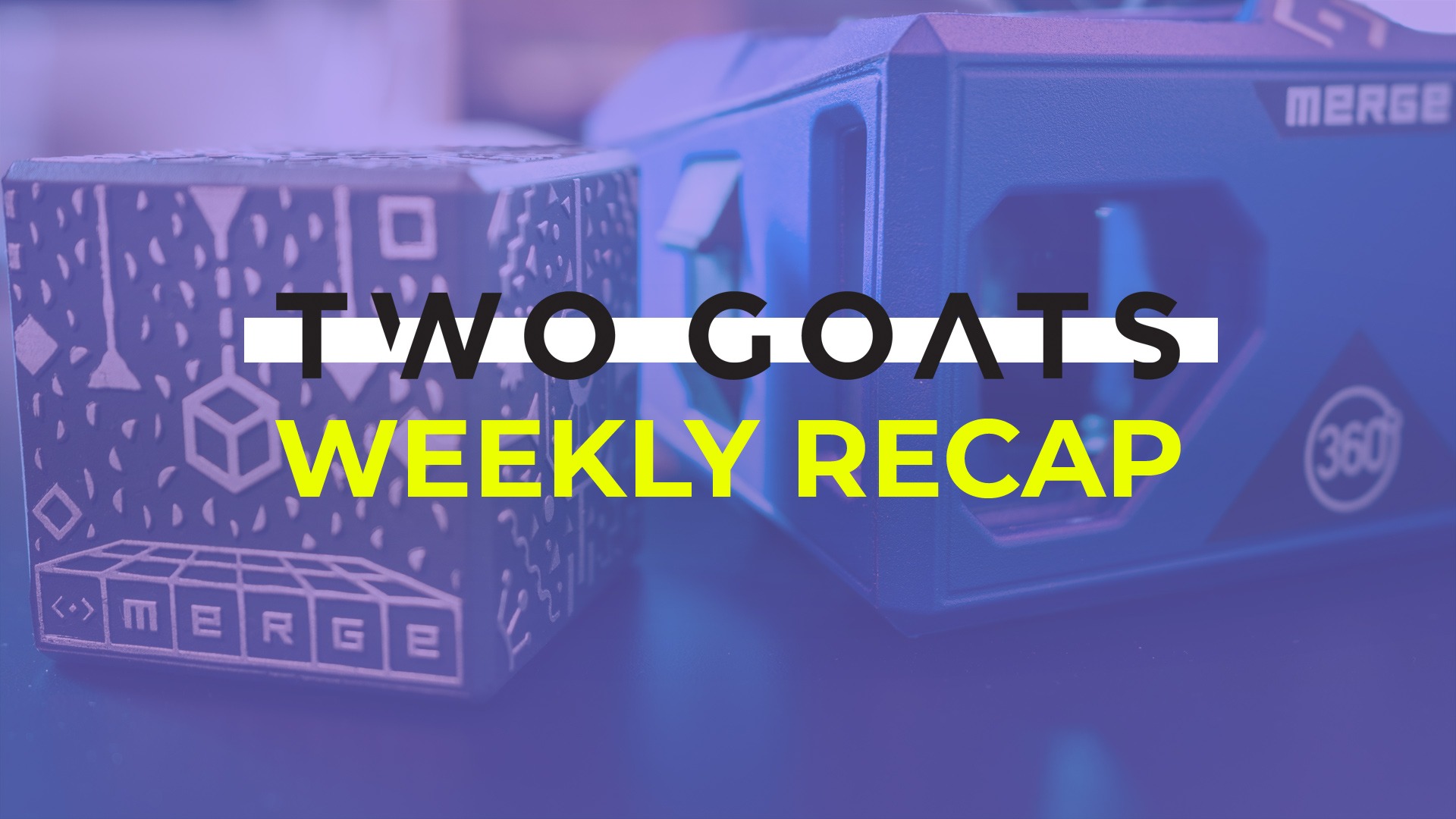 This week we highlight the match-up between Apple’s new A13 bionic chip and Qualcomm’s 6D.ai-powered Snapdragon technology. We dive into VR concerts, augmented packaging, creative branded Snapchat filters, and innovative entertainment on the Magic Leap One. Enjoy!

It’s that time of year — Apple announced its latest technology slate on September 10. Here’s all the immersive news fit to print:

TG Takeaway: After all the rumors swirled about Apple AR glasses, this announcement was fairly anticlimactic. But evidently Apple is building out and deploying the machine learning and depth-perceiving hardware that will come to define spatially aware devices. Directional AirDrop, in particular, foreshadows a spatial computing world. Apple does not rush to force consumers into AR: they are slowly on-boarding people and working out the user experience in the process.

Read up and view the iPhone 11 in AR on Apple’s site. 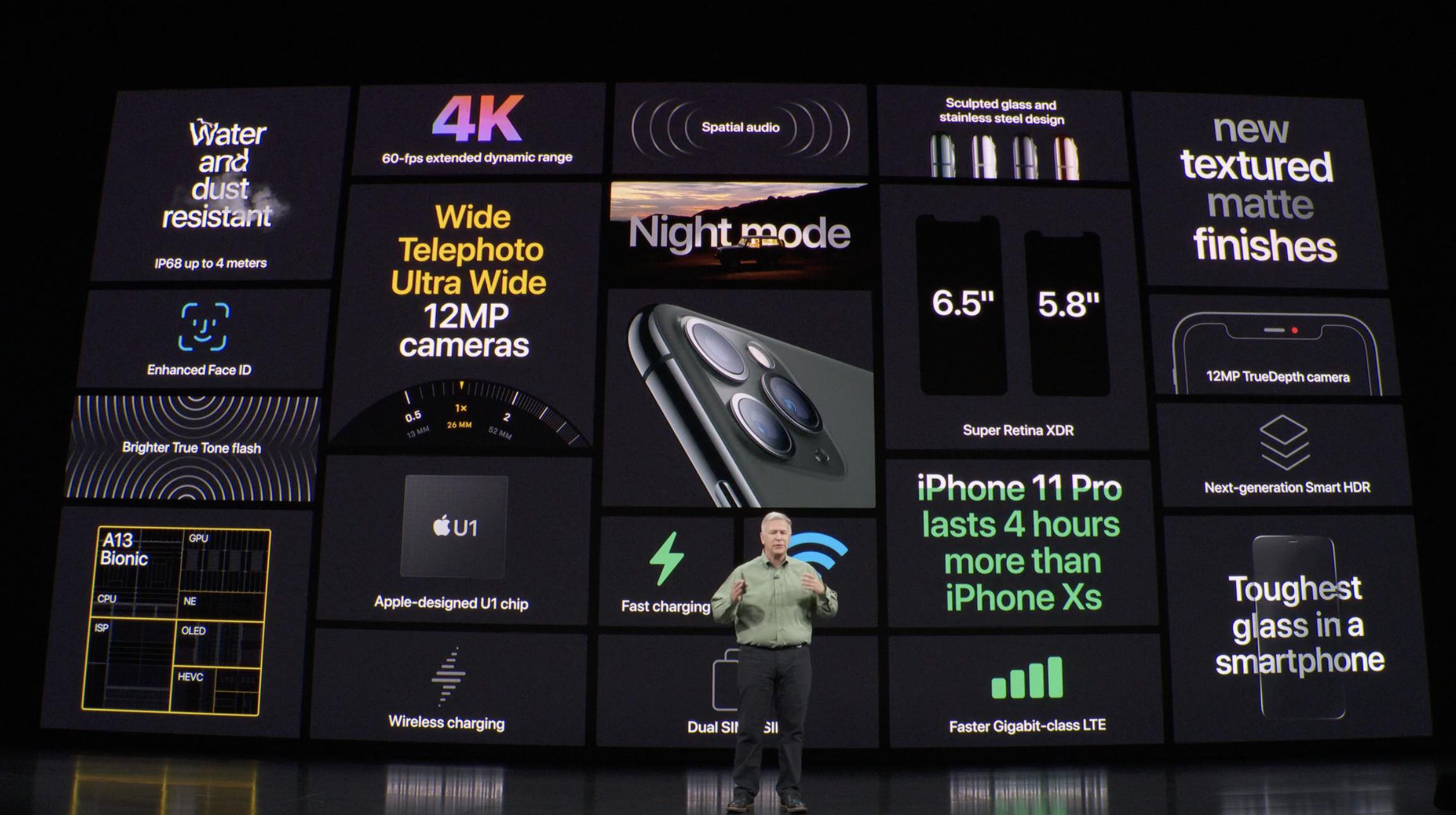 3D imaging by 6D.ai and Scape steal the show

6D.ai announced an official partnership with Qualcomm to build their industry-leading smartphone 3D mapping technology into the Snapdragon mobile processing platform. This is huge for the spatial computing service’s distribution: millions of Snapdragon powered mobile devices (and future XR headsets) will be powered by 6D.ai’s computer vision and AI. Both 6D.ai and Scape.io have ambitions to map the world in 3D.

Scape, already having built hyper-accurate city-scale models in London and San Francisco, is now mapping 100 more cities. The endgame for Scape is to provide the infrastructure for an AR Cloud, where 3D objects can be persistent in space and accessible via AR-enabled windows.

TG Takeaway: 6D.ai mapping technology will be built into Android phones running Snapdragon chips. The chief competitor to Snapdragon is Apple’s A13 Bionic chip, which we know also boasts robust machine learning for depth mapping and spatial awareness. Taken in tandem, it is clear that the biggest mobile processing platforms are committed to 3D mapping technology; the race is on to churn out the highest fidelity 3D maps with manageable processing power.

Chinese wearable maker Mad Gaze has taken great strides and spent huge production budgets on promotional materials for its new MR frames, the Glow. Preorder for around $370 and receive the device in November.

Google launched its web-based 3D creation tool, Google Poly Editor. The intuitive interface of the site reflects the ease with which brands can upload 3D assets to the web and deploy custom, interactive advertisements. “Using the [Google] Swirl format, brands are able to upload and display realistic 3D assets onto mobile web, allowing potential customers to rotate their product, zoom in and out of the 3D scene, trigger specific animations, and more,” writes VR Scout. Engagement routinely increases with 3D ads, and the web-based immersive display is immediately approachable. The Google Poly Editor allows for custom backgrounds, animations, and realistic reflections like this New Balance ad (pictured).

TG Takeaway: Brands can do so much with their pre-existing 3D assets: whether it’s Google Poly, Snapchat Lens, Spark AR, Amazon Sumerian, Two Goats is here to help bring your products and services to life in an immersive way that promises heightened engagement. Be on the look out for ads like this one all over the web in months to come.

Third Aurora, the startup powering the Winerytale app, revealed new location-aware functionality for augmented bottles. Winerytale takes your location and delivers specific marketing wherever you are: an American traveler in Europe can view information about foreign wine, live translated into English and presented in stunning AR. “Being able to tailor marketing to a person’s exact location offers tremendous advantages to wineries, particularly in the international market.” The app visualizes the story behind a bottle of wine.

TG Takeaway: This combination of AR and AI serves use cases beyond wineries: think about how CPG companies might leverage location-aware services to engage customers beyond gimmicks. Winerytale’s technology provides both crucial utility and storytelling value for customers. 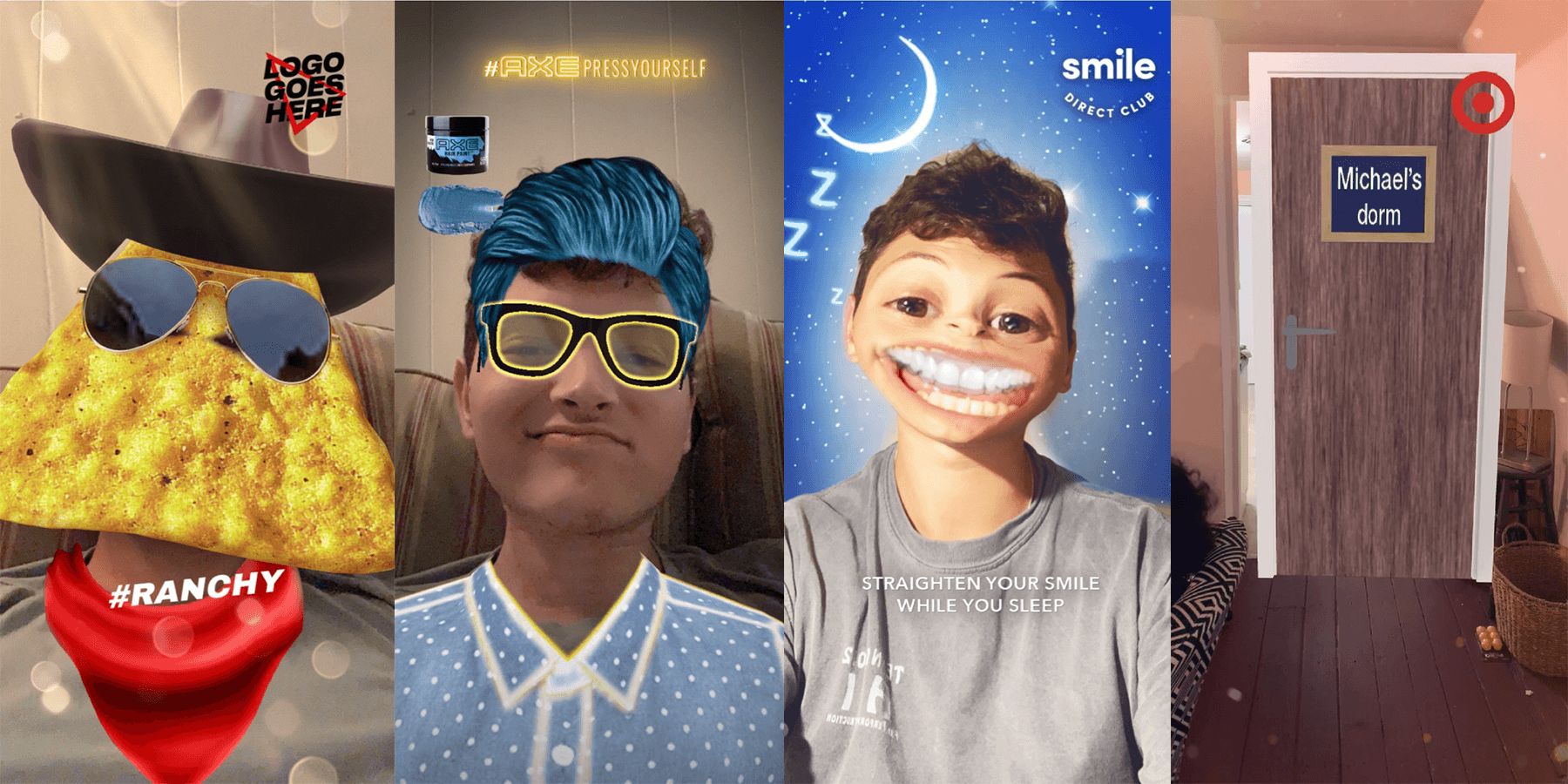 This week in branded AR filters we can find

The NFL celebrates its 100th season with a new Snapchat filter promoting the season opener between the Chicago Bears and Green Bay Packers. The filter opens up on an augmented jumbotron with a video promotion of the game. Target published an augmented portal, opening the doors to a Target-designed dorm room and enabling users to customize the bedding with the tap of a finger. World of Warcraft and Smile Direct Club continued their facial filters, the former with masks from the game and the latter with toothy smiles. Doritos and Axe also rolled out facial filters. All the above are featured on Snapchat.

Qreal GM Mike Cadoux, writing for VentureBeat, asked readers why more brands haven’t taken advantage of Google’s incredibly simple AR integration for web. With a single line of code, brands can embed both Apple (usdz) and Android (glb) AR models on their sites. When the user clicks on the Scene Viewer element on a website, it opens to QuickLook for Apple users and Model Viewer for Android users. That device-agnostic technology will be huge for the proliferation of Web AR and its seamless integration on the Internet. Any product derived from a 3D model can be deployed for e-commerce and viewable in customers’ own spaces, no matter the mobile platform.

TG Takeaway: Make the most out of your 3D assets! Google’s AR wrapper is a huge step for Web AR. Indeed, the web technology is a bit limited in its interactivity at this point, but the wrapper still triggers high fidelity models with baked animations. Customers may soon be able to share models of products as they would any web link or screenshot of a new product. 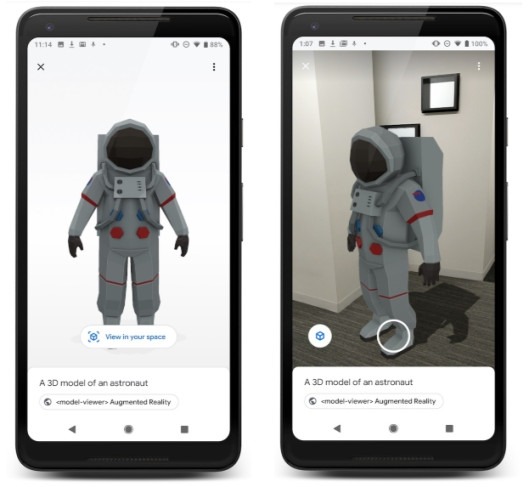 Watch the trailer for These Sleepless Nights, an augmented documentary built for Magic Leap. Inspired by Matthew Desmond’s groundbreaking book Evicted, it chronicles the epidemic of homelessness and eviction in the United States.

AT&T and Magic Leap have made public their mutual love: the 5G//spatial computing partnership promises to open many doors for both companies, particularly in entertainment. AT&T imagined streaming in a mixed reality environment with its app for the Magic Leap One. With a new AT&T TV subscription, starting at $50 per month, AT&T gives you 45 channels (ESPN, NBC, CBS, ABC, TNT, and others), one premium channel (HBO), and allows you to watch your content on whatever device you like. On the Magic Leap app, “You can view four screens simultaneously, with each resizable screen going mute if you look away toward another screen,” writes Next Reality.

TG Takeaway: The vast repository of 2D content needs a place to live in a spatial computing future, and the AT&T app is an early attempt to take control of that reality. For Magic Leap, it’s another attempt to build a compelling content network to attract mainstream customers. It may not be for the Magic Leap One, but the advent of apps like this one will be central to the differentiated offerings of their next devices. 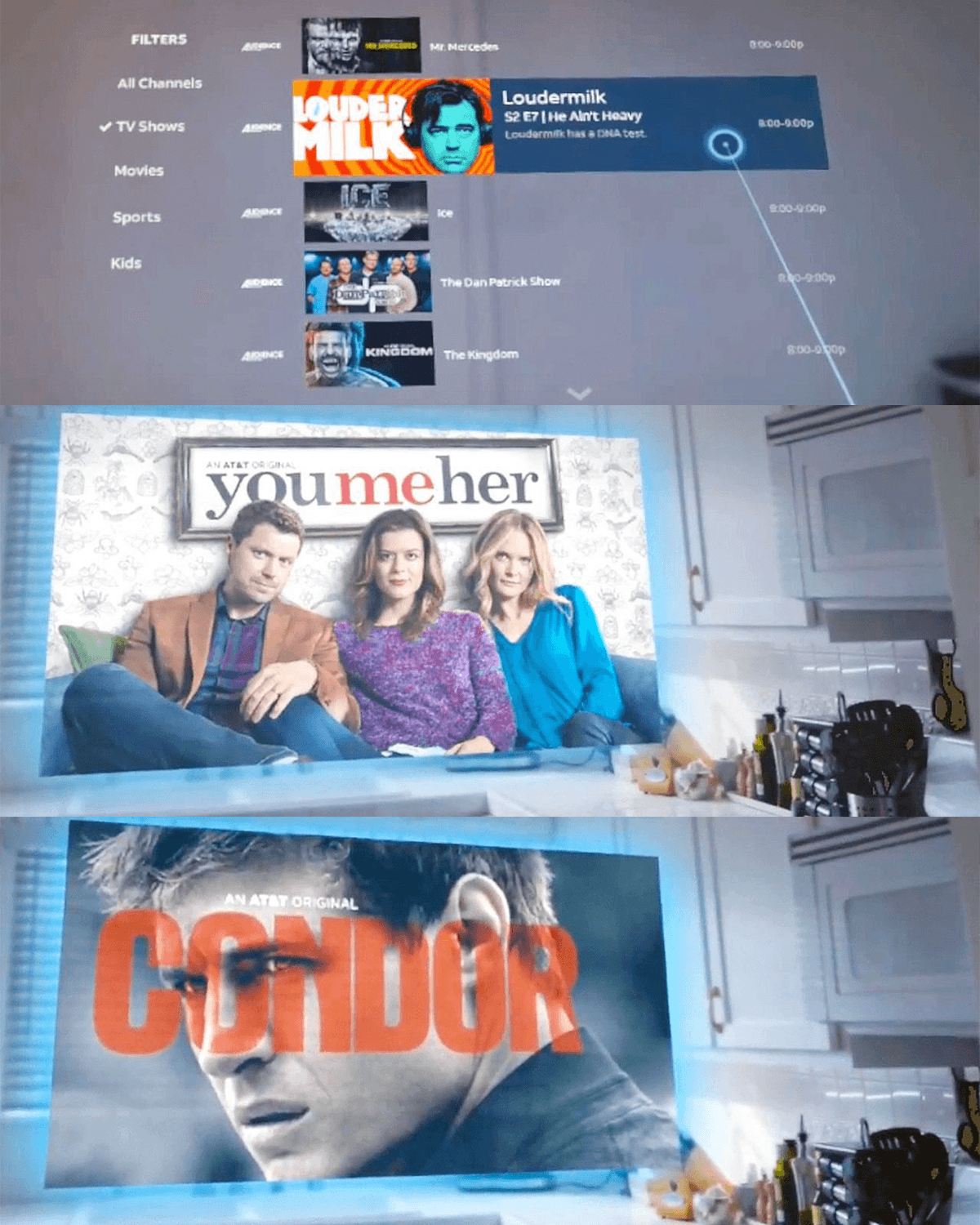 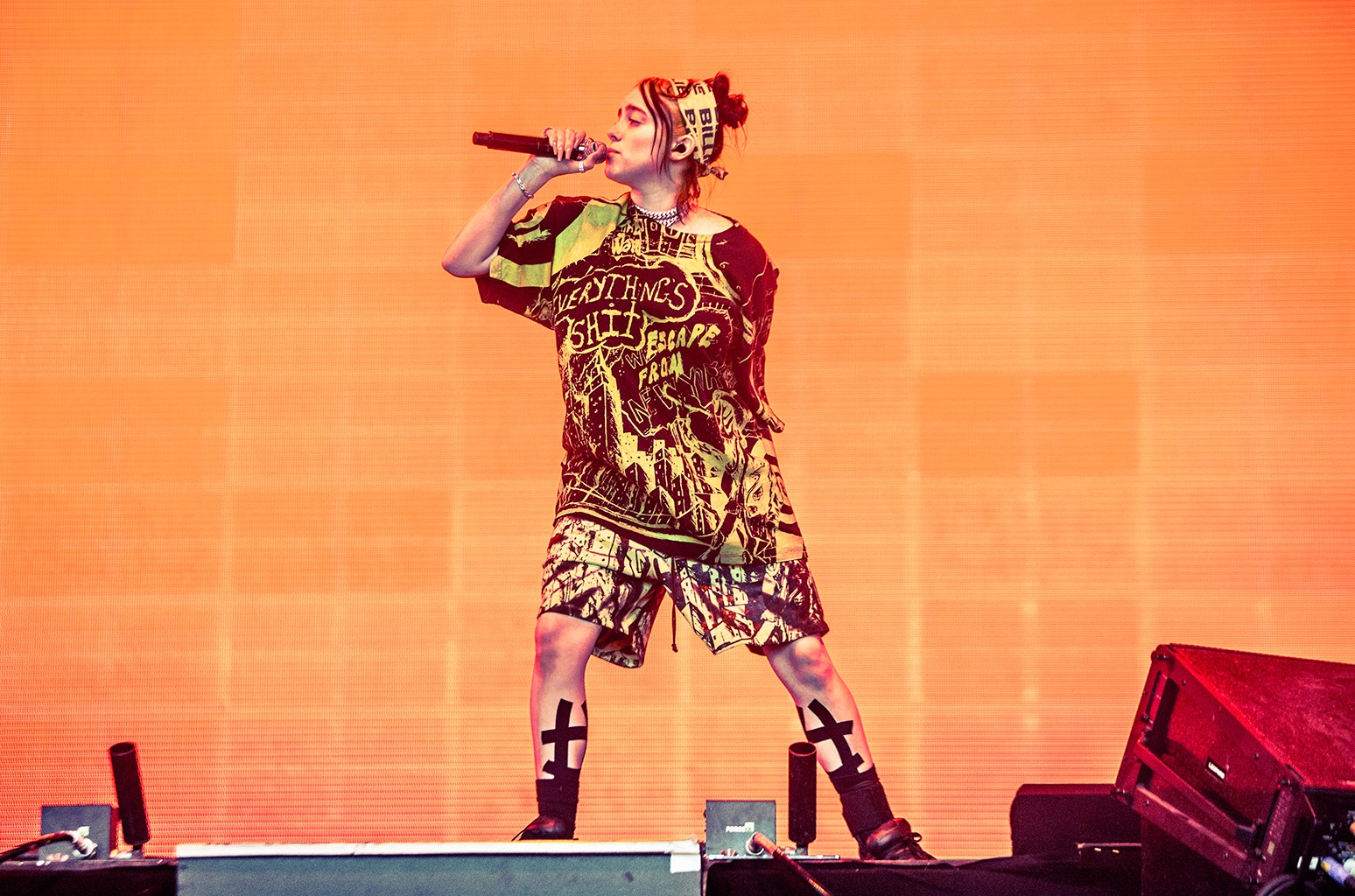 Concerts and albums in VR: Billie Eilish, Marshmello, and Bjork all bet big

Last week was busy for the convergence of the immersive and music industries: Billie Eilish (pictured) streamed a concert live to Oculus Venues, while Marshmello and Kane Brown’s performance in Central Park was the first to be broadcast live on TV and in VR on the MelodyVR app. Bjork also re-imagined her 2015 album Vulnicura as a full 360 album. Six songs have 360 visuals and are accompanied by a new 360 animated score. Vulnicura VR is now available on Steam for Rift, Valve, and Vive for $30.

TG Takeway: Immersive media are reshaping the live event experience both for those in-attendance and at-home. The trio of musicians’ VR projects reveal the ease with which a 360 camera can transport at-home viewers to the stage of a concert.

“Google puts women on US currency with an AR workaround,” CNET

“Facebook: ‘We Don’t Collect And Store 3D Maps Of Your Environment,'” UploadVR

“The hidden risk of virtual reality – and what to do about it,” World Economic Forum

“Council Post: Cybersecurity And The Explosion Of Augmented Reality,” Forbes